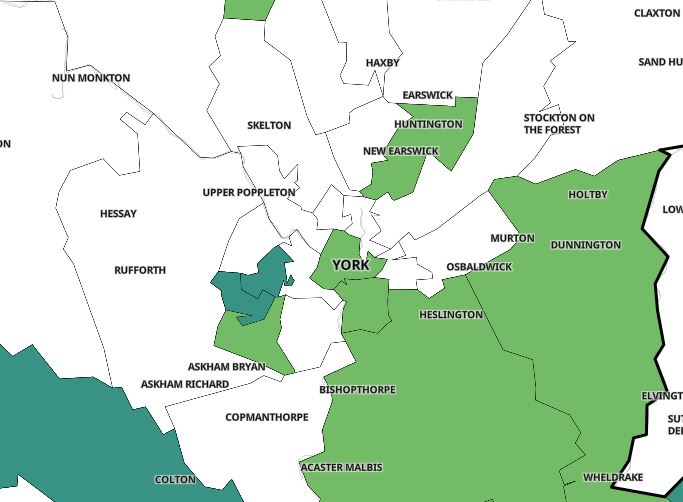 The latest figures from Gov.UK show that there were just 49 cases of the virus recorded in York in the seven days to March 30, a fall of 19 on the day before. The city now has a rolling infection rate of just 23.3 cases/ 100,000 of the population.

While many of the city’s wards now show up white on the Covid map, indicating that they have fewer than three cases, there are some areas which have seen an increase, however.

Holgate West, which includes the Front Street shops in Acomb, has seen a rise of three cases, up to 7, giving a rolling infection rate of 74.7/ 100,000 – above the national average.

Neighbouring Westfield, Chapelfields & Foxwood also saw one extra case – rising to 4, and giving the ward a rolling infection rate of 54.2. That is, however, below the national average.

York city centre also saw cases rise by one, up to 4, and there were small rises too in Fulford Road and Clementhorpe, and in Dunnington.

Altogether, eight wards in the city now have three or more cases, so show up as green on the map.

You can check how your area is doing using the interactive map here – just zoom in to find your ward.