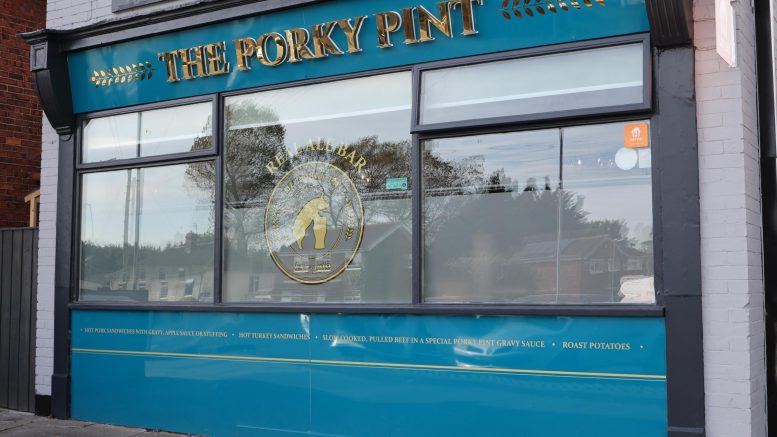 A PUB owner fighting to win back its licence has been given more than £4,700 from donors across the world.

The Mill Lane pub opened during lockdown in January as part of a “Great Reopening” protest against Covid measures.

Its aftermath sparked proceedings where Stockton’s licensing committee judged Mr Henderson had committed “extremely serious” breaches given the thousands of lives lost in the pandemic.

The report added: “The committee’s view was Mr Henderson had not given any thought to the community when he had acted in the manner which he did.”

Mr Henderson mounted an appeal against the decision in July.

So far, a total of 135 pledges have been made to the cause on legal crowdfunding site “crowdjustice.com” – with a target of £10,000.

The 38-year-old said the legal fee fundraiser had received support from as far away as Australia and the US.

And he believed the fight was about more than getting the pub’s licence back.

Mr Henderson added: “I think it’s important people understand why we’re doing it – why we did what we did, and continue to do what we do.

“It always was more than that.”

Arguments were exchanged during a licensing hearing at Stockton Baptist Tabernacle in the summer.

Philip Kolvin QC, on behalf of the landlord, called it a “very unusual” case where a “responsible, professional and highly qualified” man had taken a deliberate decision to disobey a law.

He told the committee Mr Henderson was not an irresponsible greedy person – and had acted the way he did out of personal belief for his family business.

A 13-page statement from Mr Henderson added: “I made a political statement and sought to draw public attention to the devastation these laws have caused not just to small independent businesses, and particularly the hospitality sector, but to society at large.”

A third national lockdown was announced on January 4 amid rising demand on the country’s hospitals.

But barrister James Kemp, for Cleveland Police and the council, said it was not for people and licence holders to “pick and choose which bits they like and which bits they don’t” from the rules.

“The law is there, whatever you may think, for a reason,” added Mr Kemp.

“It is there to control society – and in this case, in a pandemic, the control understandably had to be tightened.

“Not in force any more”

Mr Henderson has argued the state has “rejected 500 years of settled laws, customs and principles” in its actions – claiming it had discriminated against private enterprise during the pandemic.

He said he’d been involved with licensed premises on and off for the past 20 years – and the licensing act was designed to ensure premises were run safely and responsibly.

The owner pointed to how he was fined under Covid regulations – and believed that should have been the end of the matter.

He added: “The laws we’re supposed to have broken aren’t in force any more.”

Mr Henderson also said they’d informed the authorities of their intention to open as part of the “Great Reopening” protest.

“There were also many other places which had been penalised for what we’d done,” he added.

“Other publicans that didn’t do that and did just try to open secretly, to try and keep their business running, have not been treated the same way we have.”

He also argued large supermarkets and other stores had been able to open during the restrictions when only a few tens of people would have been in the pub at any one time.

And, while other businesses had been fined, he argued the fundamental element of what other firms needed to run hadn’t been taken away.

“You don’t need a licence to be a butcher, or a hair salon,” added Mr Henderson.

The Porky Pint is still serving alcohol while the appeal continues.

And the pub owner added the support received so far had been “overwhelming”.

“It’s been extremely difficult on many levels – both personally and in terms of the business,” added Mr Henderson.

“Many people thought the business would shut down permanently.

“It does give us more strength for the fight coming up to know there are people (supporting us) in our own community and around the world .”

The pub owner added they would appeal “as high as they could go for as long as they could” if their initial efforts were unsuccessful.

The latest hearing is due to take place at Teesside Magistrates’ Court, in Middlesbrough, on October 12.