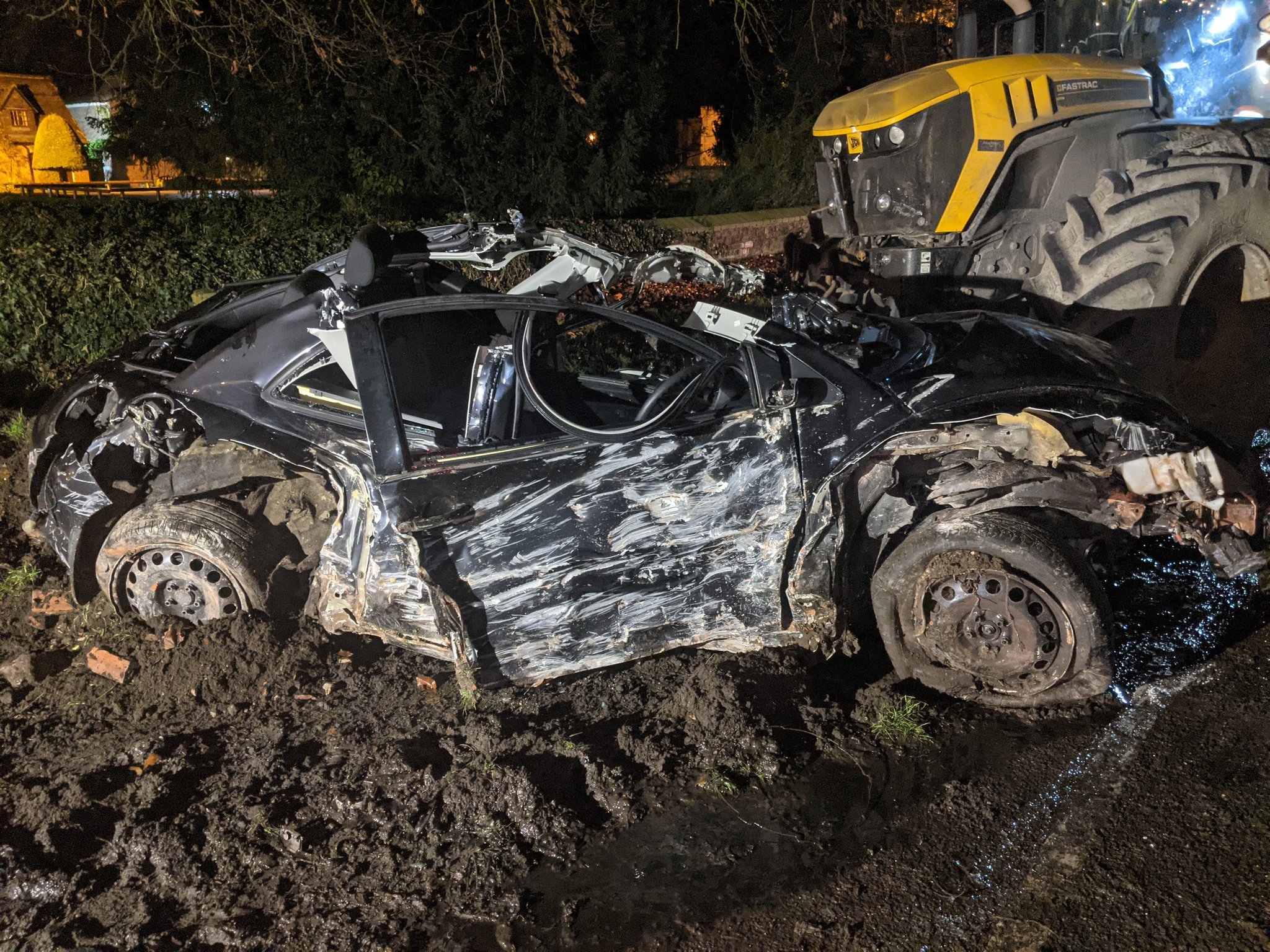 THE occupants of this wrecked vehicle amazingly avoided serious injury after a JCB fell on top of it in a serious crash on a main road near York last night.

The collision, involving a VW Beetle and a JCB Fastrac towing a slurry tanker, happened at 9.15pm last night on the A19 at Escrick, between York and Selby, blocking the route for most of the night.

TC Mark Patterson, of North Yorkshire Police, tweeted: “Amazingly the occupants of the car weren’t seriously injured, given the final position of the vehicles.”

He thanked colleagues and North Yorkshire Fire & Rescue Service for extracting the car’s passenger, and said an investigation was ongoing.

He said the A19 was closed after the crash due to a spillage of slurry, but a diversion via the village might not be suitable for HGVs who should use the A64/A1m instead.

He added at 6am that the road had reopened but the surface might still be slippery -‘so please take care.’

“As a result of the collision, the JCB ended up on top of the car, trapping a passenger inside,” said a spokesperson.

“The slurry tanker was damaged, which resulted in a large amount of its contents leaking onto the road.

“The police investigation and recovery of the vehicles was completed by 2am, but the A19 remained closed for several more hours while the carriageway was cleared of contaminated substances.”

The force appealed for anyone who witnessed the collision, or saw either vehicle beforehand, and who had not already spoken to police, to email mark.patterson@northyorkshire.pnn.police.uk or call 101 quoting reference number 12200222506.