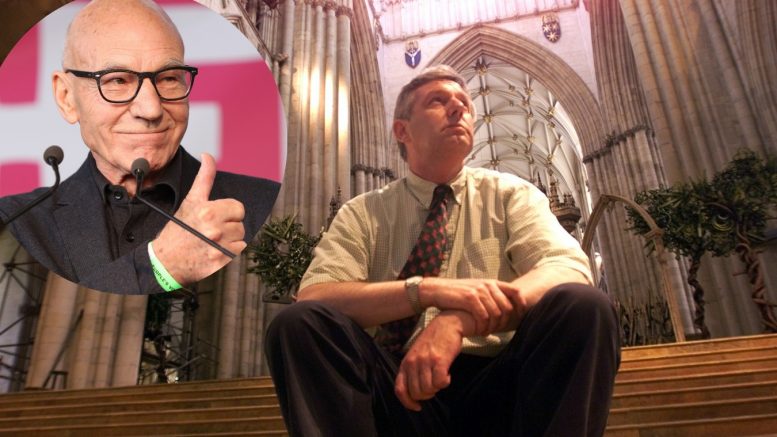 A CHARITABLE foundation set up in memory of composer and former Minster School headmaster Dr Richard Shephard, who died earlier this year, has started working with its first local schools.

The Richard Shephard Music Foundation, which counts among its patrons the Star Trek and X-Men star Sir Patrick Stewart, aims to provide qualified music teachers who will give singing lessons in primary schools in Ryedale, Scarborough and Middlesbrough. They will also work with teachers.

The aim is to bring ‘world class music’ into the lives of children in deprived areas. “Inspirational workshop tutors will work with children, teachers and professional musicians in a programme culminating in staged performances of community operas in Ryedale, Middlesbrough and York,” a brochure explaining the work of the Foundation said.

Former University of York vice chancellor Sir Ron Cooke, a friend of Dr Shephard and a Foundation trustee, said the Foundation had already begun to work with its first three schools – one in Ryedale, one in Scarborough and one in Middlesbrough. Several hundred children had already been involved, he said. He added that discussions were ongoing with several other schools. “We have a target of 20 this year and 20 the following year.”

The foundation also aims to set up a specialist music centre at York Minster for teaching music to children with physical and learning difficulties – though that will not happen for a ‘year or two’ yet, Sir Ron said.

The Foundation, which Sir Ron says is ‘making very good progress’ towards raising its initial fundraising target of £500,000, was launched at the start of the new school term – and just a few days before a memorial service to Dr Shephard is due to be held at York Minster, on September 30.

Sir Ron said Dr Shephard had been a ‘remarkable man’. “He was an educator, a headmaster, a conductor, a wonderful chair of the Leeds Piano Festival and of the Ryedale Festival, and a networker. He knew everybody and he talked to everybody.

“But above all that, he was a composer with an international reputation and achievements.”

One of the many people Dr Shephard had met was Sir Patrick Stewart, who had agreed to be one of the Foundation’s patrons, Sir Ron added. “He worked with Richard at the Minster, I think he came to read the lesson at one of Richard’s carol concerts.”

Sir Ron said giving children from deprived backgrounds the chance to learn about music had been close to Dr Shephard’s heart. “So it is very exciting that the Foundation is up and running. It is a wonderful way of remembering Richard.”

To find out more about the Richard Shephard Music Foundation, visit www.rsmf.org.uk

A 19-YEAR-old Northallerton man has revealed a new business called Northallerton Eats set to “give back to the community” and take less commission from takeaway owners. The Northern Echo | Business News …

ATG Tickets has extended its major January sale with tickets to West End theatre, ballet, music and opera shows from just £15. Here’s how to book your seats. York Press | What’s On…

A COUNTY Durham medical duo are hoping to provide more support for type two diabetes sufferers and help ease the pressure on the NHS in the region by introducing a programme of support. The Northern Echo | Business News …

MIDDLESBROUGH Council has approved plans for improvement works that are part of a transformation of Captain Cook Square. The Northern Echo | Business News …