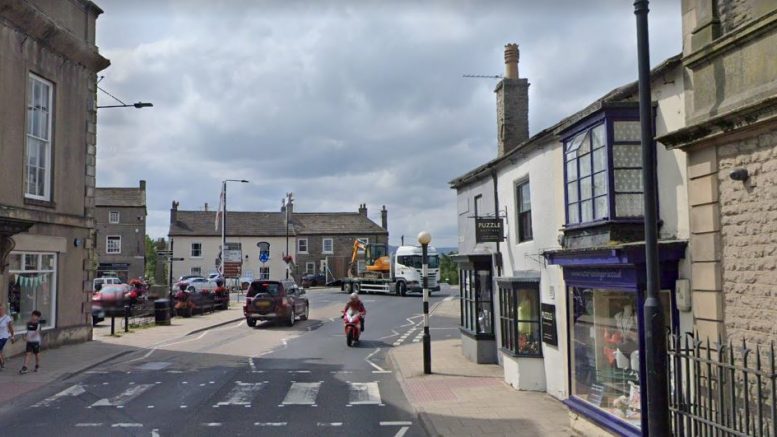 A CONTROVERSIAL plan for an expansive garden store and 40-bedroom hotel on a greenfield site at the entrance to a Dales market town has been recommended for approval, despite planners concluding pre-emptive action is needed to stop it undermining town centre retailers.

Richmondshire District Council’s planning committee are set to decide upon the scheme on the former Dales Festival of Food and Drink field off Harmby Road, Leyburn, on Tuesday, following 18 months of polarised views being raised in the community over whether the development will benefit or ruin the town.

Read more: Bilsdale transmitter: Arqiva boss vows to do ‘whatever it takes’ to restore TV signal

The developers have claimed recent revisions to their scheme, which would feature a 276-cover restaurant in the hotel, hundreds of car parking spaces and a play barn in the Sam Turner’s country store, have addressed a variety of concerns, over road safety, flooding and impact on the landscape.

In addition, the length of the proposed S-shaped country store building has been reduced by six metres to provide a greater separation between the development, which could see 50 full-time and 40 part-time jobs created, and homes to the south of the site.

In documents submitted to the council, a spokesman for the developer said: “It is considered the inclusion of the acoustic fence set back into the site and amends to the country store building moving it away from the southern boundary, all combine to provide an acceptable relationship that would not give rise to adverse impact on residential amenity.”

However, the country store alone would still cover some 2,501sq m, leading some residents to insist it remains completely inappropriate for the site.

Residents have sent more than 200 representations to the council over the plans, the majority of which have been objections.

Resident Helen Taylor stated elements of the plans, such as addressing road safety, were “just a joke”.

She added: “Don’t get me wrong I’m all for expansion and growth. But this simply is the wrong building in the wrong place.

“Can Leyburn actually sustain such a large building. Is there enough footfall

“What happens if this gets planning and in say five years it’s running at a loss.

“Are we then going to be left with an eyesore that no one wants. I really hope someone sees sense to pull the plug on this development.”

While many residents and traders have voiced fears over the impact the development will have on the town centre, planning officers said a study of the potential consequences for traders by the developers appeared to have underestimated its consequences.

An officer’s report states about six per cent of trade could be drawn from the town’s Co-op, while family-run supermarket Campbell and Sons, established in 1868, would stand to lose nearly ten per cent of its trade.

It states: “The development is potentially of a scale in terms of convenience goods that may start to become a challenge for Campbell and Sons.”

Officers said they remained unclear about the type of convenience goods Sam Turners planned to sell, but had concluded the impact on convenience goods trade to Leyburn Town Centre would be at least eight per cent.

An officer’s report to the committee states: “This is not insignificant for a small town of Leyburn’s nature and particularly when negative surplus convenience expenditure has been identified in Leyburn Town Centre in 2024 within the retail and leisure study.”

To protect town centre retailers, the officers have taken the step of proposing restricting the sale of convenience goods within the country store to a maximum of 150sq metres.

Officers have concluded while they remain unclear about Sam Turner’s plans for convenience goods, the developers had demonstrated “there are unlikely to be unacceptable impacts on existing centres in the area”.

Their report concluded: “Amendments to the scheme and clarification provided by the agent has shown that the proposed development will not have a significant adverse impact on highway safety or the amenities enjoyed by local residents.

“An appropriate landscaping scheme is proposed, which along with the high quality design of the buildings, will ensure that there is no unacceptable impact on the intrinsic character of the landscape or on the gap between the settlements of Leyburn and Harmby.”

You can also follow our dedicated North Yorkshire Facebook page for all the latest in the area by clicking here.