FIREFIGHTERS rushed to a blaze at a house in Haxby this evening (Friday) after it is believed to have been struck by lightning during a thunderstorm which hit the York area.

An eyewitness said it has happened on Garths End.

They said: “I was driving through Earswick back from Monks Cross and I saw loads of black smoke coming from Haxby. I knew straight away it was a house on fire so I drove there and found it was down Garths End. I was one of the first to arrive before the emergency services.”

North Yorkshire Police took to Twitter to say they and the fire service were in attendance at a property in Haxby which had been struck by lightning.

It added: “No injuries are reported and the property has been evacuated. Local residents are advised to stay clear of the area to allow emergency services to deal.”

York City Police wrote on Facebook: “We can confirm that there is a fire ongoing in the Haxby area near to West Nooks.

“Please can we request that people remove themselves from the immediate area, to allow North Yorkshire Fire & Rescue Service full access to the area.

“If you have a car parked on the road in this area, please can you come and remove it away from the immediate area to allow emergency services full access to the site.”

Darren Simpson sent us this picture showing the major damage caused by the blaze: 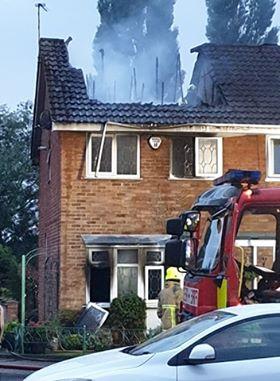 North Yorkshire Fire and Rescue Service said the incident was reported just before 8.15pm and four fire engines were sent to the scene.

Gary Kelly took this picture from New Earswick, near Haxby, of a lightning strike this evening: 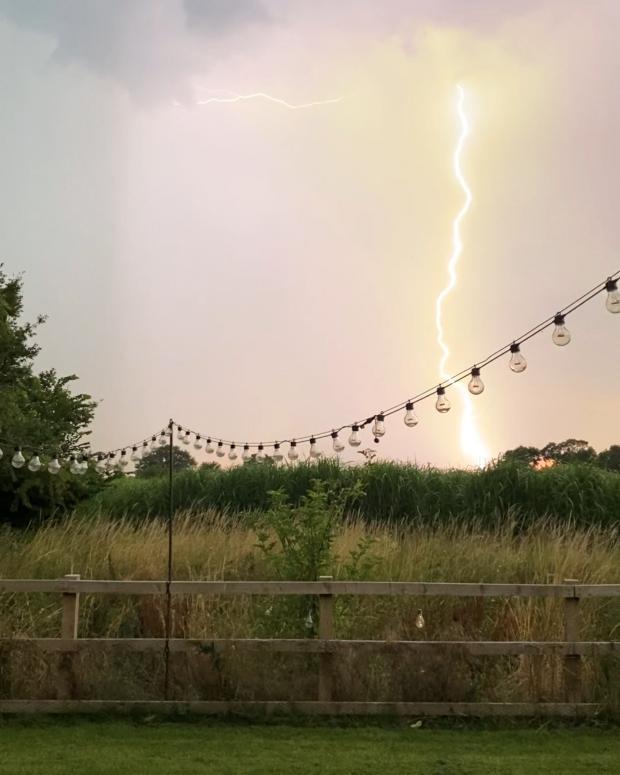 .@NYorksPolice and @NorthYorksFire are currently in attendance at a property in #Haxby which has been struck by lightning. No injuries are reported and the property has been evacuated. Local residents are advised to stay clear of the area to allow emergency services to deal. 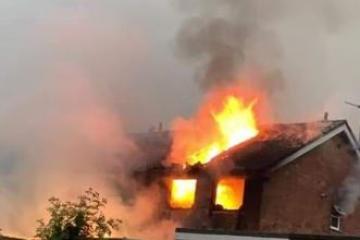 FORTY stone and nearing 40, Nathan McDonald went on to lose 23 stone in 18 months – and gain a new lease of life. York Press | News …

YORK’S Covid rate has more than halved from its peak earlier this month. York Press | News …

YORK has had many more cases of the new variant of coronavirus than other areas of Yorkshire, according to public health leaders. York Press | News …

A CORONAVIRUS patient fought police in a hospital ward and tried to infect them with the virus, York Crown Court heard. York Press | News …