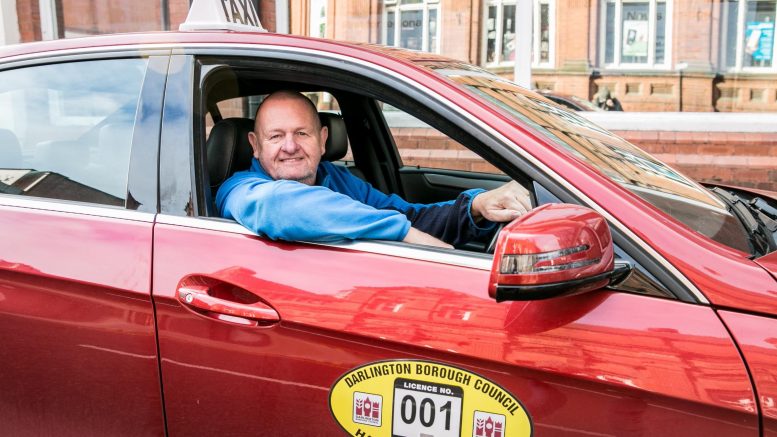 A DARLINGTON taxi driver has had his licence suspended because an indicator light on his wing mirror is broken.

Alan Grieve has been a taxi driver for 27 years. Taxi drivers in the area must get a mechanical twice a year performed by Darlington Council as well as a MOT once a year.

Mr Grieve said: “They voided [the MOT] even though there was two months left on it because of a light on my indicator, the mirror on the side of the car, nobody looks at that everyone looks at the main light. The repeater in that is not working, so they’ve suspended me indefinitely.

“I’ve been in touch with Mercedes and because of Covid and everything else there’s nothing coming into the country – they don’t know when they can get another one.

“So, they’ve [Darlington Council] basically taken my livelihood away for an indefinite time, all over a silly little bulb. The last time the car was in six months ago they failed me on a tiny number plate light, a tiny little light again, it’s almost like they enjoy doing it, they’re picking on us. That was six months ago. It’s failed the MOT as well as the council’s bi-annual test. After speaking to the council I explained I don’t know when I can get another one and if I can it’s got to be painted because they don’t come colour coordinated now.

“But the council just turned around and said you’re suspended immediately – for a bulb.”

Mr Grieve was not aware the bulb had broken as the car did not alert him on the dashboard.

He said: “I phoned Mercedes and they don’t have one and they can’t locate one in the country, because if Covid and the way things are at the moment everything’s screwed up getting things in and out if the country. My livelihood has gone completely I’ve got no other source of income all over a bulb. How can they take a man’s living away with Christmas round the corner as well?”

A Darlington Borough Council spokesman said: “We have to comply with the law and this vehicle was suspended as it failed its MOT because the wing mirror indicator was not working. This has been a legal requirement in the UK since 1986 so would automatically fail an MOT if not working.”