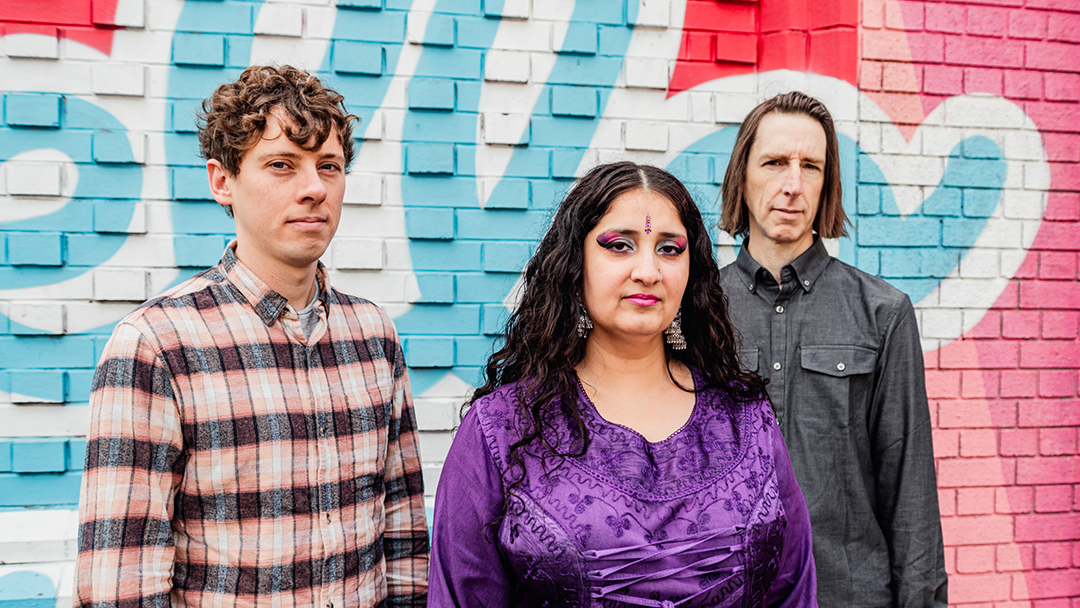 Kinaara are a trio of vocal, electric guitar and drum kit from Leeds. They play Punjabi folk songs, and Celtic songs presented in Kinaara’s own distinctive arrangements. Begun in 2018 by singer Satnam Galsian with the aim of achieving an identity that reflected both her Punjabi heritage and her UK upbringing. She began working on arrangements of the songs of Surinder Kaur and Noor Jehan with guitar player John Hogg. Both musicians are schooled in Indian classical music but they realised that they wanted to keep an edge to the sound with an emphasis on electric guitar and drums. Jazz drummer Simon Henry completed the indie/folk/rock/jazz cross genre trio.

Nominated for ‘Best Indie Act’ 2021 by Radio Wigwam, Kinaara have been playing to enthusiastic audiences in the North of England with a standout performance at Musicport festival 2021.

The Leeds trio recorded their second EP in January 2022, ‘Colours In Black’, which was released on 1st July. The tracks have been well received, with radio play on Roger Brockbank’s The Global Underground, Papaoul and Alabaster Deplume on Worldwide FM, Radio TFSC, New Music Saturday with Doc Bones and Mike Five and legendary DJ Ritu’s, A World In London.