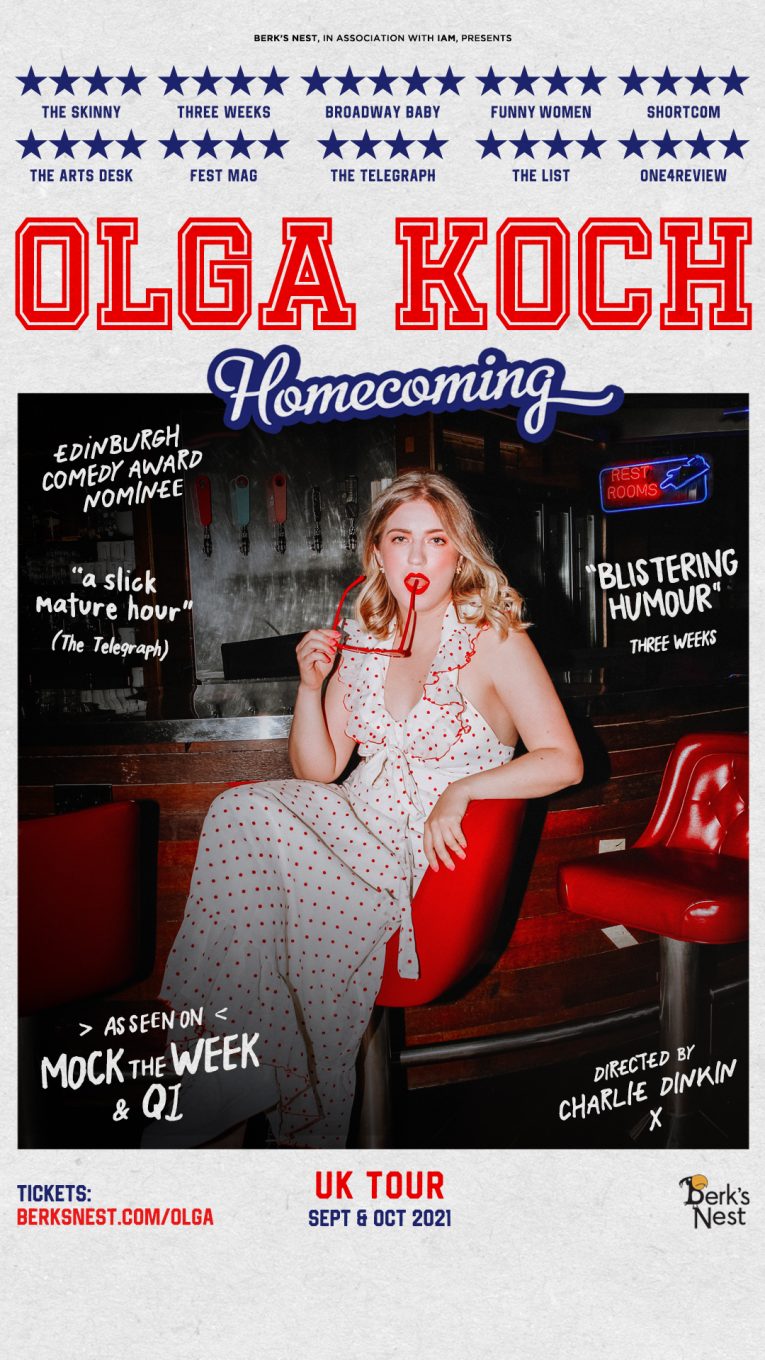 Edinburgh Comedy Award Nominee Olga announces her 2021 UK tour dates  today (Friday June 9 2021) with her third show Homecoming. And tickets are now on sale for her York performance on October 8.

“What does it mean to belong and where is home?”… With her new passport in hand, Homecoming will see Olga try to figure out who on earth she is as an immigrant and certified teen drama queen!

Amidst a wave of acclaim and accolades, Olga was nominated for the Best Newcomer Award at the 2018 Edinburgh Fringe Festival with her debut, FIGHT – a multimedia extravaganza that took her audience through the making of modern Russia. The show went on to have a successful 2019 UK tour and has since been aired as a special for BBC Radio 4 and is being adapted as a TV sitcom.

Olga’s If/Then debuted at  Edinburgh before touring the UK and was nominated for Best Show at Leicester Comedy Festival – it is also now being developed for television.

Olga’s Homecoming forms part of an exciting full programme of events here at Monkgate – check out the rest of our  What’s On listings for Autumn and book tickets at https://tickets.41monkgate.co.uk/