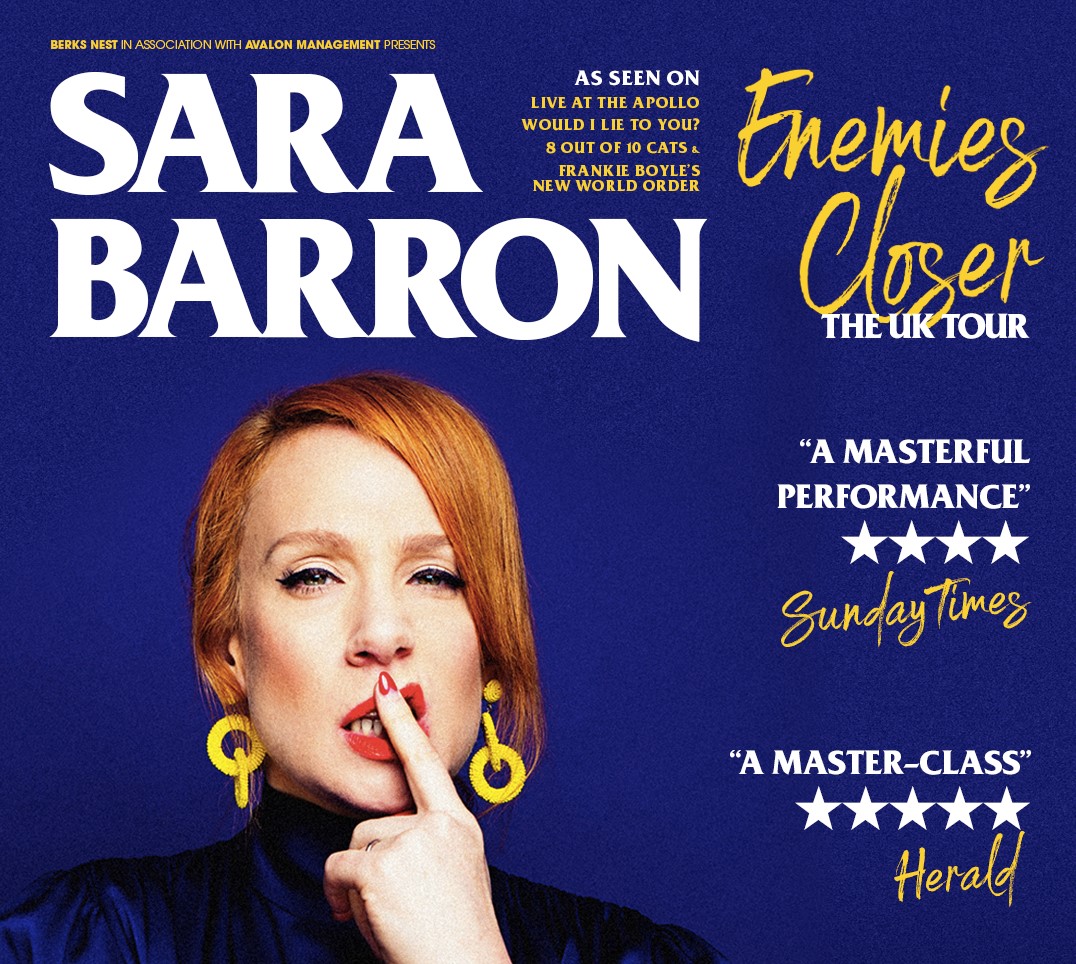 Theatre@41 is delighted to welcome top comedy star Sara Barron to York as part of her UK tour.

The Monkgate venue is set to host Sara’s critically-acclaimed show Enemies Closer.  Tickets go on sale tomorrow (Thursday July 22 2021) but if you book through the theatre@41 box office you can get special presale tickets today!  http://tickets.41monkgate.co.uk

A powerhouse live act and fast rising star, Sara’s previous shows at the Edinburgh Festival Fringe and multiple runs in London’s Soho Theatre have sold out to major critical and audience acclaim. Blisteringly funny and with no-holds-barred, in Enemies Closer Sara examines kindness, meanness, ex-boyfriends, current husbands, all four of her remaining friends, and two of her twelve enemies…

Sara Barron is one of the fastest-rising comedians of her generation. Since her 2018 debut in Edinburgh, she’s appeared on shows including the BBC’s Live at the Apollo, Would I Lie to You?  and Frankie Boyle’s New World Order. She was nominated for ‘Best Newcomer’ at both the Edinburgh Comedy Awards and at the Chortle Awards in 2018, as well as receiving rave reviews from publications including The Times, The Guardian, The Independent, The Evening Standard and The Scotsman.

Sara’s further television credits include 8 Out of 10 Cats (C4), Hypothetical (DAVE), Richard Osman’s House of Games (BBC), Alan Davies’ As Yet Untitled (DAVE), Roast Battle (Comedy Central) and Hello, America (Quibi). On radio, her credits include appearances on The News Quiz, The Now Show, and Woman’s Hour on Radio 4. As a writer, Sara has published two essay collections, People are Unappealing and The Harm in Asking. Her writing has also featured in Vanity Fair and on This American Life.

Sara Barron said: “As an American comic, I can’t be like, “YeeHAW this tour is gonna be AWESOME!” without forcing my UK audience into a full-body cringe. BUT. May I just say…. I think it *will* be awesome, but I’m saying it in an “I-live-in-Britain-and-buy-all-my-bras-from-M&S” kinda way. The UK comedy scene is one of my great beloveds – alongside crafty passive-aggression – so touring this show is truly the fulfilment of a dream. SO. Come if you dig an artful rant. Stay at home if think you’re “a positive person”. I hope to see you there!”