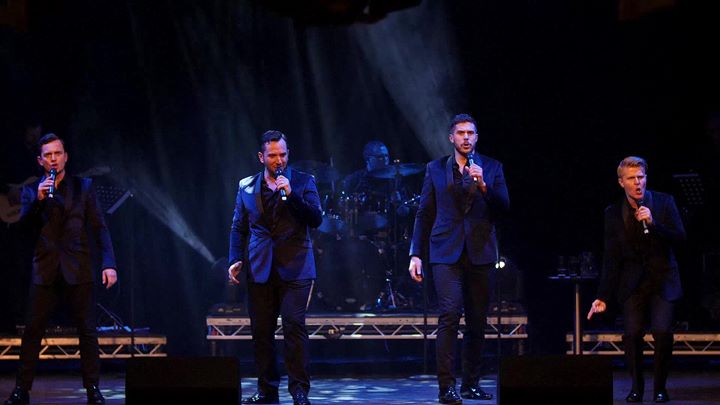 STARS FROM LES MISERABLES IN ONE UNMISSABLE CONCERT!!

Direct from London’s West End, THE BARRICADE BOYS are theatre land’s most exciting vocal group. Powerhouse vocals, slick dance routines and an incredible array of varied music transport you back through every era, right up to modern day.

After three sell out shows in London’s West End, two sell out UK and US tours including many international one-off concerts and not forgetting an appearance on Broadway, at the St James Theatre, The Barricade Boys have secured their place as theatre land’s most exciting male vocal group!

Not only do they perform the world’s greatest show tunes, but they also celebrate music from some of the most iconic names in the music industry, from powerful ballads to some of the best pop, rock and swing numbers of all time.

The Barricade Boys are a spectacular group with incredible moments and deliver “an unmissable show with talent, flair and fun”.

The Barricade Boys have played almost every major leading role in musical theatre and have being guests on many primetime TV shows including This Morning, The Paul O’Grady Show, Sunday Night at the Palladium, Children in Need, Ant and Dec’s Saturday Night Takeaway, Saturday Kitchen Live and most recently in the US Best Time Ever with Neil Patrick Harris. So why settle for just another vocal group when you can have the world’s leading musical theatre super group!?

Featuring music from the world’s greatest musicals and more!