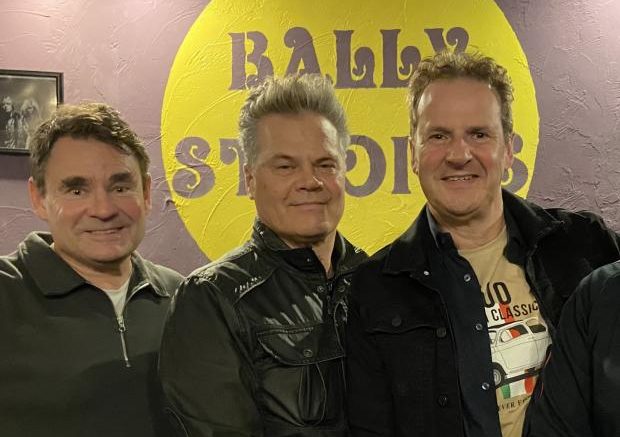 THE career of York guitarist Jon McLoughlin, who played with the likes of Roger Daltrey and Shakin’ Stevens, is chronicled in a film by documentary maker Sean Parkin which will be screened at The Vaults in York next Saturday – with profits going to charity.

The film, called The Adventures of Kid Krupa, is the latest in a series of films focusing on the York music scene of the late 1970s and early 1980s.

Arguably one of the most successful musicians ever to come from York, Jon left Nunthorpe Grammar school at 17 with four A levels.

He soon embarked on a professional music career that saw him play with Roger Daltrey, Bonnie Tyler, Shakin’ Stevens, Del Amitri and even support David Bowie.

The film begins with family and friends describing Jon’s journey into a professional music career, which saw him join post-punk band The Revillos before he had even turned 18.

His twangy guitar style gave the Revillos their iconic neo-sixties sound on singles such as Monster Man, Hungry for Love and the band’s first album, Rev Up.

The Revillos signed to York Music Label Supermusic in 1981 – with local design agency, TJB Graphics, responsible for the production of record sleeves and promotional materials.

After the Revillos, Jon had a successful career as a session artist, playing with such names as Roger Daltrey, Bonnie Tyler, Shakin’ Stevens and Tim Finn.

His own band, 2 Tribes, toured with David Bowie’s Tin Machine in 1991, and in the mid-1990s he joined Scottish rockers Del Amitri, co-writing and producing their fifth studio album, Some Other Sucker’s Parade.

Jon’s life was cut tragically short when, at the age of just 42, he passed away due to complications of Type 1 diabetes, a condition he had developed at the age of fifteen.

During the 2020-21 lockdown, film-maker Sean Parkin embarked on a project to document Jon’s musical career. Sean himself is from York and The Adventures of Kid Krupa is his most ambitious project to date.

The film is jam-packed with fantastic music and video from Jon McLoughlin’s diverse career, including songs by The Revillos, Roger Daltrey, Swing Out Sister, Bonnie Tyler, Two Tribes, Del Amitri and many more. For fans of The Revillos there is also some previously unseen footage of their 1994 tour of Japan.

All profits from the film are being donated to the Type 1 diabetes charity, the Juvenile Diabetes Research Foundation (JDRF).

For Sean, the project became quite a journey. “I started making documentary films as a hobby during lockdown, as tributes to York musicians and venues from the late 1970s and early 80s,” he said.

“This film was originally going to be about a short period in time, when Jon and the Revillos were signed to York record company Supermusic, when I had worked with the York design agency that printed and sold merchandise for them.

“But the more I got to know about the whole of Jon’s musical career, the more I wanted to tell the whole story, which became more impressive the more I learned. The 75-minute film doesn’t even feature every project he was involved with.

“I hope that the music, the anecdotes and rarely seen video clips make it an interesting watch, and it helps to support a very worthwhile charity.”

The film’s title, ‘The Adventures of Kid Krupa’, reflects Jon’s time with the Revillos, and in it his remarkable talent and good humour are fondly remembered and chronicled.

Guest appearances from esteemed music producer Nick Launay, singer Fay Fife, drummer Rocky Rhythm and bassist Vincent Santini, among many others, add a touch of music-biz glamour to a film that manages to be exciting and humorous, sensitive and moving all at once.

The film screens at the York Vaults, Nunnery Lane at 2.30pm on Saturday November 27 and includes a live guest appearance by Rocky Rhythm. Tickets, priced £7 plus £1 booking fee, are available here.