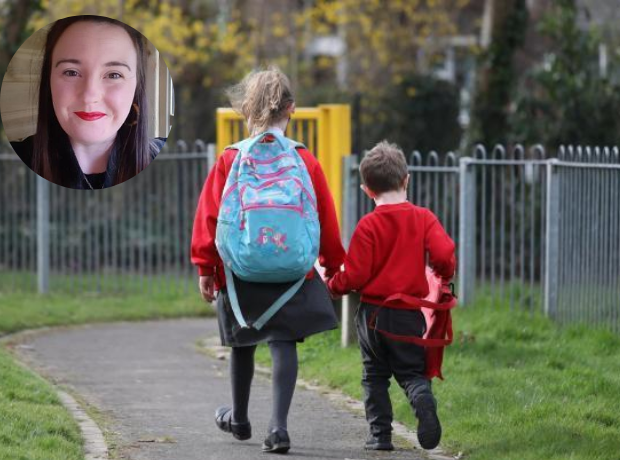 A LOCAL campaign group is calling on the council to re-think its policy to fine parents who do not send their children back to school from September – and has the backing of a York MP.

The Boycott Return to Unsafe Schools in York campaign – run by a York mother – has said that the council’s policy to issue fines to parents who do not bring their children back to school in September because of Covid-19 fears is “appalling”.

Corrine Pearson said the decision is leaving parents “traumatised” when they are already “frightened and worried about what is the best decision for their children”.

She added that York Council should follow in the footsteps of Sheffield City Council, who have announced that they will not fine parents.

Amanda Hatton, Director of Children, Education and Communities, City of York Council, said the council’s policy on penalties will remain, but that requests to fine parents would only be approved in cases where the school can demonstrate that it has engaged with the parents and tried a wide range of interventions beforehand..

Ms Pearson said: “There are so many worried parents across the city who don’t deserve the threat of financial hardship on top of the already overwhelming anxiety and trauma of the last few months. We’ve seen from Sheffield council that local authorities have the power to overturn these fines and what we need to see now is York council following suit.”

MP for York Central, Rachael Maskell, said: “I do not believe parents should be fined; it is punitive and does not address the underlying issues as to why a child is not in school. Parents are trying to do the right thing for their children at this time and should not be penalised for doing so.

“Schools should ensure that they fully understand each child’s circumstances and then work with the parents to find solutions.

“We must remember that some children have underlying health conditions, for others they may experience extreme anxiety. Families need support, so I hope York will declare that it will not impose fines on parents but instead support families.”

Over 100,000 people nationwide have signed a calling for the government U-turn over the penalty policy.

Ms Hatton said: “In York, the council works closely with head teachers to encourage good attendance, only processing requests to fine parents when all other interventions have failed. This has resulted in York having a lower number of prosecutions than is the case nationally.

“In September, the council’s approach to this will not change. We will work with head teachers to encourage good attendance, continuing to emphasise its benefits for children and young people. Requests to fine parents would only be approved in cases where the school can demonstrate that it has engaged with the parents and tried a wide range of interventions beforehand.

“In the case of specific schools and the safety arrangements that are being made, I would advise parents to contact their school and make an appointment with the headteacher, who will be happy to provide reassurance about the safety measures that have been put in place.

“We understand and empathise with parents who remain anxious about their children’s return to school in this uncertain time.

“York’s teachers have been doing a fantastic job in incredibly difficult and unusual circumstances, and we will continue to work together with school leaders to ensure that children can once again safely return in September.”