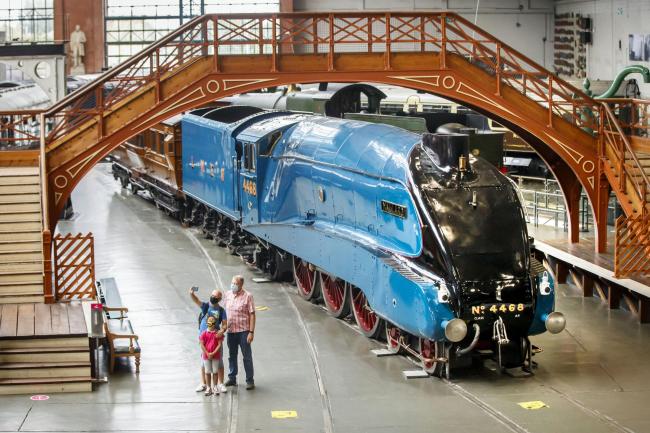 YORK has been named among the top five most cultural cities in the UK.

Based on reviews of its museums, theatres, art galleries, and more, the city averaged a 4.56 star rating out of five in a recent poll.

Holidu, a search engine for holiday rentals, compiled Google reviews and ratings of the cultural attractions in each British city of more than 100,000 residents to come up with the results.

They say York earned its ‘rightful place’ in the top five with the city being the UK’s first and only UNESCO Creative City of Media Arts and world-renowned heritage, with the most popular attraction being the National Railway Museum.

The city’s 4.56 star average tied with Leeds, Belfast, and London.

Edinburgh landed the top spot with a 4.61 star average out of five, with it being home to the Edinburgh Fringe festival, the world’s largest art festival taking place every August, and the world’s first-appointed UNESCO City of Literature.

Holidu conducted their research by gathering the Google reviews of five types of cultural attractions in each city with more than 100,000 inhabitants – museums, art galleries, libraries, theatres, and cinemas.

They chose the attractions that could be found on Google maps in January 2022. They added the rating points for each type of attraction, then divided that figure by the total number of reviews for that city overall.