A MUSIC festival set to go ahead this weekend – with all 499 tickets sold out – has been cancelled after council chiefs withdrew their support at the last minute.

Mothership Festival was set to take place at Acomb Sports Club on Sunday from 1pm after City of York Council initially gave the event the go-ahead and government guidance changed to allow outdoor performances.

The festival, which takes place on the cricket ground, was due to be a sixth of its normal size as organisers cut the number of tickets from about 3,000 to just under 500.

Dave Sykes, organiser and chairman of the sports club, said the event was originally planned for June 28 but was “tentatively rescheduled” to August 16 while they waited to find out if they would get clearance for it to go ahead.

He said plans had been put in place to follow coronavirus guidelines.

Speaking yesterday, he said: “We were given the nod to go ahead, the government said live outdoor events could take place and I contacted the council about it.

“To run the normal event would be too much of an ask with everything that’s going on and after consultation with the licensing officers we decided to run a much smaller event.”

But yesterday (Thursday) evening, just two days before the event was due to take place, it emerged the council had withdrawn its support.

“Despite being given a licence for our festival, we have today been informed by the City of York Council that they no longer support the event.

“The public health authority are not prepared to support the event under the current pandemic, and will enforce their powers to stop the event should we go ahead.

“Therefore with 48 hours to go, and despite being previously awarded a licence only weeks ago, Mothership 2020 is cancelled. All tickets will be refunded…..

“We are now frantically cancelling our stage and crew people, our fantastic artists, security staff, attractions and suppliers; all of who have had virtually no work this year….

“We have worked hard to put on a safe event, to give the community something to look forward to after the terrible year we’ve had.

“Sadly we are unable to do so..we are gutted beyond belief and don’t know what else to say… 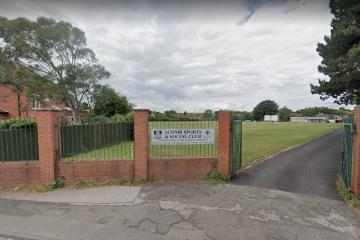