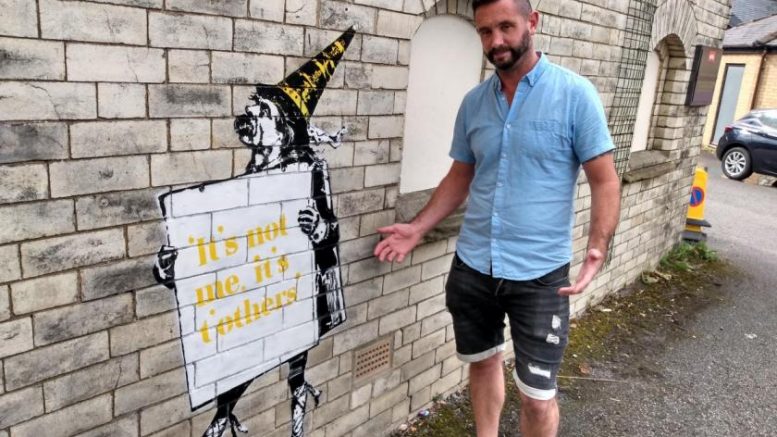 So says ‘Mr Eggs,’ the artist behind a picture that appeared on the wall of an outbuilding at The Lighthorseman pub in Fulford Road one night last week.

Landlord Dan Murphy was amazed to see the picture, showing a figure with a pointed hat, carrying the message:'”It’s not me, it’s t’others.’

He said he had no idea who created the work or what the message meant.

A ‘Mr Eggs’ subsequently emailed a video to The Press, showing how the artwork was created by torchlight using stencils and spray paint.

Now he has gone on to explain the cryptic message in the pub picture as ‘nothing more than a well known Yorkshire saying.’

He added: “I will definitely be doing more in York. and very soon.”