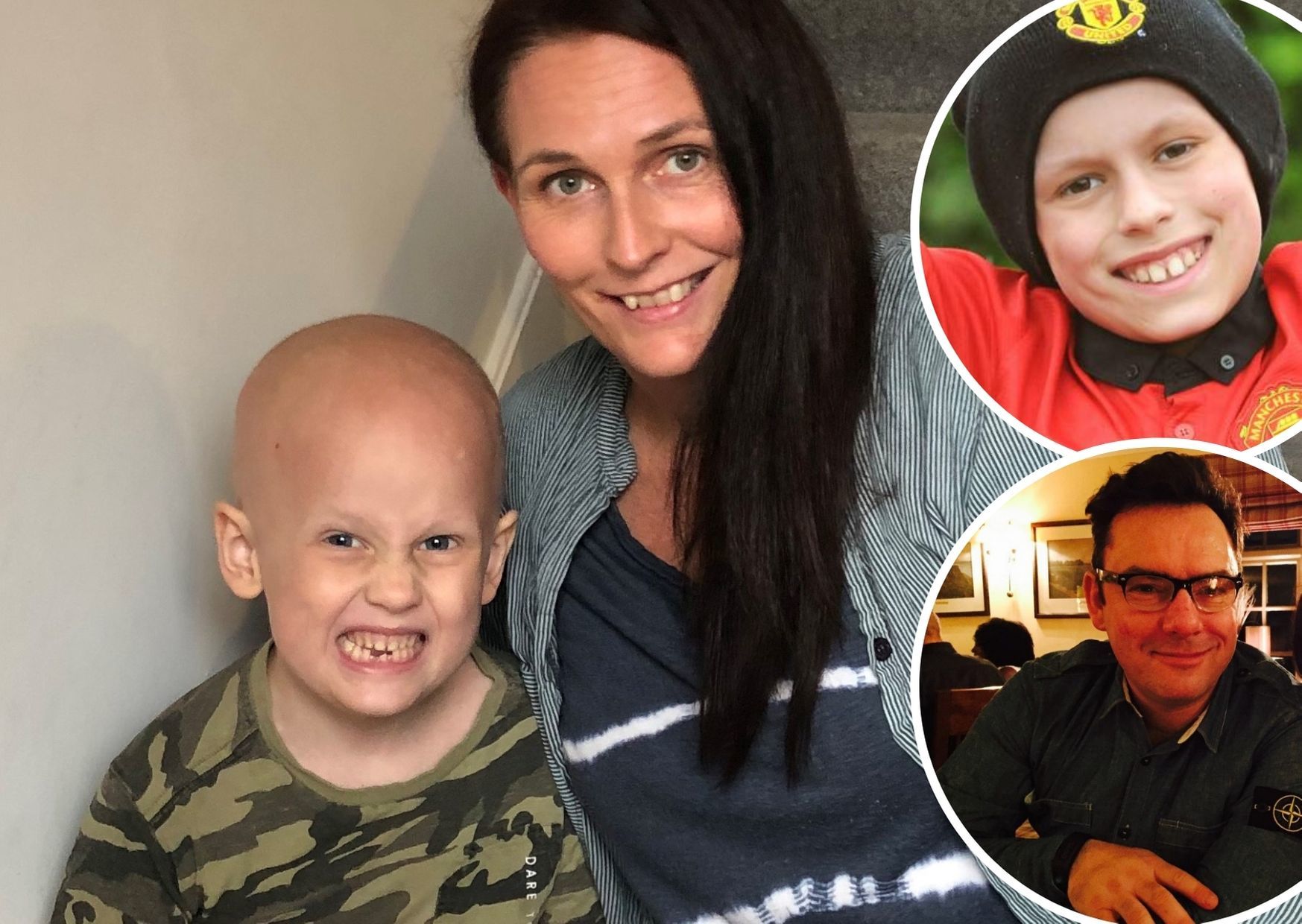 A HEARTBROKEN York woman who first lost a son and then her husband to brain tumours has told how another of their sons is now battling against a similar illness.

Ian helped Marie cope with his long illness and death and then helped her set up a charity in Oscar’s name to help other children suffering from such cancers.

But this January, Ian died from a totally different type of brain tumour, glioblastoma, and now Marie, of Dunnington, has revealed that their youngest son Milo was diagnosed as suffering from multiple brain tumours just weeks after Ian’s funeral.

“I walked into A&E with Milo and told the receptionist that I needed to see a doctor as my son had a brain tumour,” she said. “I wasn’t very dramatic then, rather weirdly calm and matter of fact.

“But I still got a shock; Milo had more than one tumour and some spread, and whereas I expected the doctors to ‘whip it out’ – brain surgery is pretty much like your average appendix removal in this house these days – they told me that they would only do this if we could get rid of the smaller ones with chemo, as otherwise there was really no point.

“We are now five months and eight rounds of chemo down the line and looking at Milo you’d think he was sailing through this and surely he is fine, right?

“No one can look that healthy and be that energetic and yet be so ill. It’s the beauty and the horror that goes hand in hand. My boy looks, apart from loss of hair, like a healthy active boy, but the horror of it is that he has multiple brain tumours and when they were big they caused such pressure in his head that he has some extensive permanent loss of vision and full loss of hearing in one ear.

“I wonder if I will ever become immune to the pain around me, but of course you don’t.

“It is still heartbreaking, no matter how brave Milo is, to see him throw up, to have to hold him down as they put the dreaded wiggly line in, something he let them do the first five or six times until he heard other kids scream out in fear of the impressively big needle at the clinic and decided this was scary stuff.”

Marie said that one night Milo turned to her and said: “I don’t want to die mum,” but she could promise nothing.

“And then we have the beautiful moments when every night we tell each other how much we love each other and I mean who can argue that being loved all the way to Scotland and back can be beaten by anything?

“Or when he holds my head in his little hands and tells me I am the softest mum in the world and he wants to kiss me forever. I tell him he is the bravest boy I know but that doesn’t cut it because really he is the bravest person I know.”

Marie said that Milo, who has just turned five and has two brothers Lucas and Seb, aged 11 and 17, was shortly due to start his ninth course of chemotherapy, with previous courses having succeeded in shrinking his tumours. She added that he was doing well and had just started at Dunnington Primary School earlier this month, and loved it.