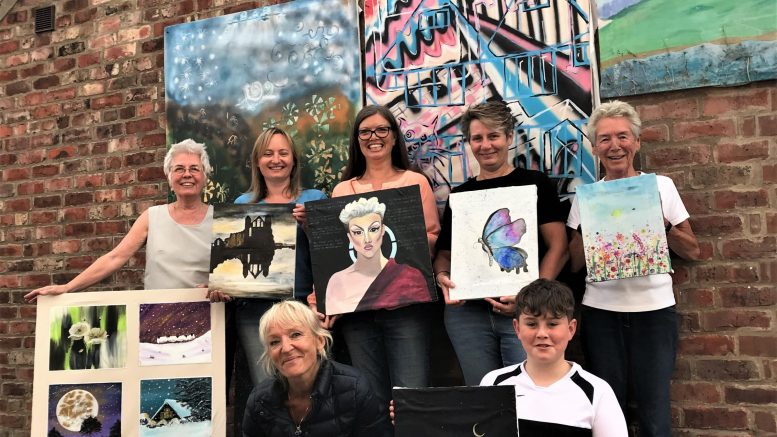 Last weekend, artists gathered to donate their creative work to the SmART team, who organised the event for the second year running at York Racecourse on Sunday (August 8) – with the aim of “spreading joy”.

A spokesperson for the SmART team said: “The buzz and vibe at the event was brilliant. We had lots of people and have raised more than last year, which we didn’t think would be possible.

“We’re excited to make this an annual event for the local community and visitors.”

There were 110 paintings for sale along the fencing of the racecourse, all donated from the local community, plus some professional artists including Kevin McNulty, Sally Barlow, Kate Buckley, Paul Basely, Rosie Dean and Pamela Thorby – which helped to boost funds alongside the other talented artists from the local area.

“Artwork was stunning this year, showing the breadth of talent in our community – from professional artists to artists who have never painted before”, the spokesperson added.

The team began setting up at 5.30am in the rain, then the sunshine made an appearance and so did 100’s of visitors, along with the Lord Mayor and Lady Mayoress to officially open the event – and they even bought a couple of paintings.

Also at the event were craft stalls and produce, including cake from ‘Beth Bakes Cakes’, 12-year-old Evie’s jewellery, willow weaving and plants stalls.

Throughout the day, SmART managed to raise a total of £5,500 to support the three charities of their choice – St Leonards Hospice, Yorkshire Animal Shelter and Home Leone.

Last year youngsters from Millthorpe School brought the York community together with an open air gallery at the venue.