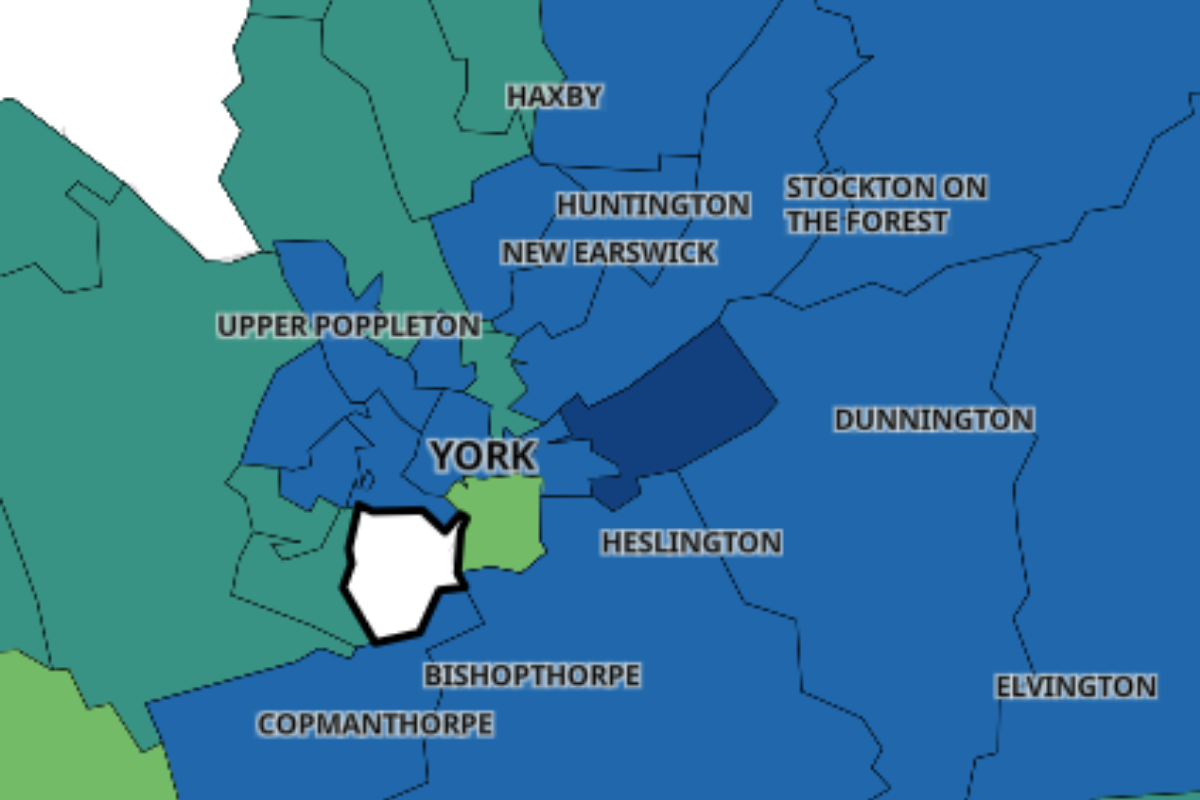 AN AREA of York is now showing up as white on the Public Health England (PHE) Covid map, showing that there are less than three cases of the virus there.

South Bank and Dringhouses is now shaded white on the PHE map as there are less than three cases in the area, meaning they do not display any data for it in order to protect individual’s identities.

Osbaldwick has the highest rate in the city at 202.3 people per 100,000, with 17 cases recorded in the area at the time the data was recorded.

New Earswick, which had the highest rate in the city in yesterday’s figures, is now a lighter shade of blue as the rate stands at 173.9 people per 100,000.

A YORK Hospital boss says planned changes to its emergency department will help reduce overcrowding and ensure patients are ‘seen in the right place by the right clinical staff.’ York Press | News …

OWNERS of a steakhouse chain with restaurants in York and North Yorkshire have asked furloughed staff to lend the business money to help it survive. York Press | News …

The widow of one of the drivers in the Great Heck train crash has spoken out against tired driving on the 20th anniversary of the disaster. York Press | News …