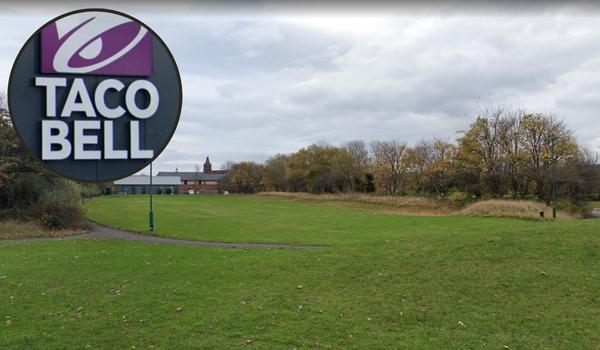 A popular fast-food restaurant has provided an update after construction has started on the building of its first-ever Teesside branch.

Taco Bell is set to open a drive-thru restaurant in Middlesbrough’s South Bank area just off the A66.

Construction on the development, which includes a Burger King and Greggs restaurant, started earlier this year and fast-food lovers are becoming eager.

Plans for the site will see three drive-thru restaurants constructed along with associated parking.

Currently, there is no opening date for the restaurant, but according to a statement on Taco Bell’s Middlesbrough social media, the restaurant is set to be arriving “soon.”

The restaurant has apparently been experiencing some “delays” in the meantime.

“We have been inundated with messages asking when we are opening.

“Unfortunately we’ve been hit with a couple of delays, but not to worry we are fully on course to be with you soon.”

Eager fans have shared their excitement with the news with one person responding with “excellent can’t wait.”

Other people already have their eyes on another North East venue with one person commenting: “Come to Darlington please, there’s a perfect place in the town centre to open one.”

Unfortunately, people in Middlesbrough and surrounding areas need to travel quite far for their nearest taco bell in Newcastle or York until this new branch opens.