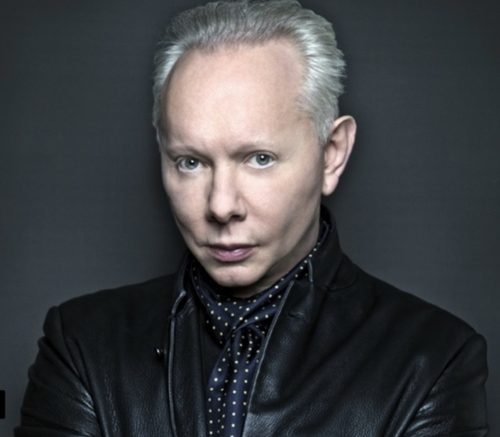 LET’S do The Time Warp again? It’s just a jump to the left, and then a step to right, to enjoy plenty more of Charles Hutchinson’s recommendations

Exhibition launch of the week: Imogen Hawgood and Horace Panter, Hyperrealism in America and Japan, at According To McGee, Tower Street, York, today until March 25

NEW According To McGee signing Imogen Hawgood, from County Durham, introduces her collection of realist paintings in a duo show with Pop artist and Ska legend Horace Panter, The Specials’ bassist.

Panter’s Edward Hopper-inspired depictions of Midwest motels, inner-lit Japanese kiosks and sun-warmed Coca-Cola crates complement Hawgood’s exploration of Americana icons and the idea of “the road” as a transitional landscape.

Steinman’s Baron von Rockula and his vampires take refuge in an old fairground’s ghost train as he seeks a new virginial wife after the death of his beloved Pandora. Ordering faithful sidekick Bosley to find him one, enter Roxy Honeybox.

YORK Literature Festival plays host to Alexander McCall Smith as he discusses the new instalment in his long-running Scotland Street series, the warm-hearted, humorous and wise Love In The Time Of Bertie.

Fiona Lindsay pops the questions, intertwined with footage shot on location in Edinburgh, wherein McCall Smith invites guests into his study, where he writes surrounded by paintings and books, and visits key landmarks from the books.

The festival follows from March 18 to 27 with full details at yorkliteraturefestival.co.uk. Box office: 01904 623568 or at yorktheatreroyal.co.uk.

BLAME Covid for this delay to only the second ever York concert of singer, songwriter and consummate arranger Joe Jackson’s 44-year career.

“After months of uncertainty, it finally became clear that continuing Covid restrictions (particularly on venue capacity) in certain countries, would make our Spring European Tour un-viable as planned,” says Jackson’s official statement. “We can’t tour at a loss, and the situation did not look like changing soon enough.”

FORMER York Theatre Royal marketing officer and 2009 TakeOver Festival co-director Sam Freeman heads back to his old stamping ground with his solo rom-com for the lonely hearted and the loved-up, armed with a projector, a notebook, wonky spectacles and nods to Richard Curtis’s Notting Hill.

Freeman, marketeer, occasional writer, director and stand-up comedian, combines storytelling and whimsical northern comedy in his multi-layered story of a chance encounter between two soulmates, how they fall in love, then part but may meet again. Box office: Harrogate, harrogatetheatre.co.uk; York, 01904 623568 or yorktheatreroyal.co.uk

Shaking up Shakespeare: Northern Broadsides in As You Like It, Stephen Joseph Theatre, Scarborough, Tuesday to Saturday; York Theatre Royal, March 23 to 26

Gender roles dissolve and assumptions are turned on their head in a natural world of endless possibilities. Box office: Scarborough, 01723 370541 or sjt.uk.com; York, 01904 623568 or yorktheatreroyal.co.uk.

Touring show of the week: Utopia Theatre in Here’s What She Said To Me, York Theatre Royal Studio, Thursday and Friday, 7.45pm

Together the women share their struggles, their joys, tragedies and broken dreams, in order to find healing in the present. Box office: 01904 623568 or yorktheatreroyal.co.uk.