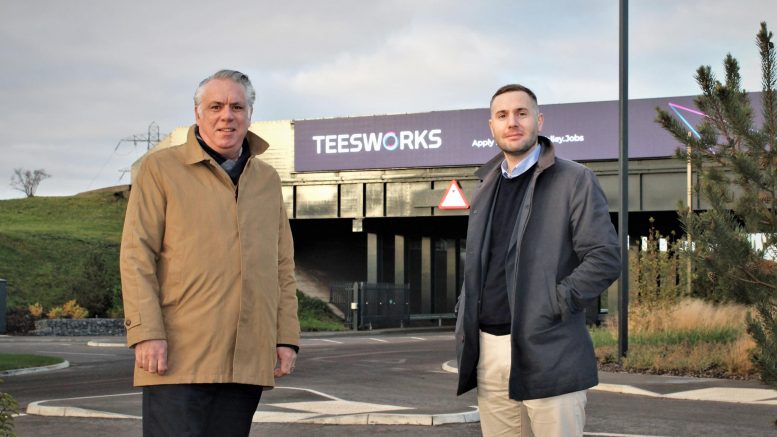 Corstorphine & Wright, one of the UK’s leading architectural practices, is already making a lasting impact on the region after opening a North-East base. PETER BARRON reports

SIMON Crowe breaks into a smile when asked if he can remember what sparked his ambition to become an architect. “Believe it or not, it was a Simon and Garfunkel song,” he replies.

He was a boy of 14, growing up in County Durham at the time, and was in the process of inheriting his father’s enduring love of the iconic Bridge Over Troubled Water album.

“My father was a massive Simon and Garfunkel fan, and that line struck a real chord with me,” says Simon. “I became intrigued by the song and started looking into what an architect did.”

Forty years on, having built up a wealth of experience in the profession, Simon is director at the new North-East studio of one of the UK’s premier architectural practices, Corstorphine & Wright, and leading a talented team on a range of projects destined to have a lasting impact on the region.

As a growing force in the world of architecture, Corstorphine & Wright employs more than  200 staff across 10 nationwide studios including Birmingham, Canterbury, Glasgow, Leeds, London, Manchester, Stourbridge, Warwick and, most recently, Darlington and Tamworth.

“The company could have chosen other locations for its North-East base but its decision to come to Darlington is a coup for the town that shouldn’t be underestimated,” says Simon.

Corstorphine & Wright, winner of the Commercial Architectural Practice category at the Northern Design Awards in 2020, is ranked in the UK’s top 25 architectural practices by the Architects’ Journal, and has ambitions to break into the top 10 over the coming years.

“The practice is an expansive organisation, and the North-East was an obvious gap in its network of studios,” adds Simon, whose local connections and passion for the region were a key factor in Corstorphine & Wright choosing Darlington.

Although Middlesbrough-born, he spent the majority of his life in the picturesque village of Heighington, near Darlington. His main ambition growing up was to be a professional footballer, and he scored plenty of goals for the likes of Shildon, Newton Aycliffe, and Evenwood.

However, he’d also excelled at technical drawing at Woodham School, then took A-level art at college. This combination of artistic flair and an eye for design – along with that helpful push from Simon and Garfunkel – made architecture a more realistic career path.

He went to Leeds School of Architecture at 18 and impressed during extensive work experience at the Architects Design Group. Despite having other offers, he repaid the group’s loyalty by accepting a full-time position after graduating with a ‘distinction’.

That was the beginning of a career that has spanned three decades, with highlights including the Feethams mixed-use development in Darlington, comprising the rebirth of the former town centre bus depot site into a leisure quarter, anchored by a nine-screen cinema, Premier Inn Hotel, restaurants and bars.

Now, he is relishing his current role with Corstorphine & Wright, during what he describes as “exciting times” due to historic levels of investment across the Tees Valley.

Flagship projects so far include:

Director Karen Crowe is also leading on the development of a company-wide sustainability framework, with that ongoing and crucial piece of work leading to Corstorphine & Wright becoming a net zero carbon practice.

In addition, Karen is coordinating a five-year corporate social responsibility strategy for the entire business, and Simon is also managing the implementation of the practice’s digital design strategy, utilising the principles of Building Information Modelling (BIM).

Key to the future of the business in the North-East is Tom Harrison, who joined Corstorphine & Wright two years ago as associate architect and is now associate director.

Tom shares Simon’s passion for the North-East. He was born and grew up in Middlesbrough, studied architecture at Newcastle University, and spent 12 years working for another practice in the region before deciding that the chance to join Corstorphine & Wright was too good an opportunity to miss.

“For a long time, I felt I needed to look beyond Teesside to achieve my ambitions and work on major projects. That’s changed in recent years with the level of investment Ben Houchen has been pulling in as Tees Valley Mayor,” says Tom.

“Now, working at one of the UK’s biggest architectural practices, I feel I can make a difference in the place where I come from, where my family live, and where I care about most.

“The Mayor has stressed that he wants local businesses to be used wherever possible and it’s a pleasure to work alongside Teesside-based teams. You can feel a real passion for the area, a Teesside pride, and the buzz is definitely back in the area.”

Corstorphine & Wright can offer a unique solution by blending those strong local connections with the expertise, resources, and cross-sector understanding from across the practice.

For both Tom and Simon, it’s about wanting to leave a legacy for their local area: to put something back into local communities; engage with schools and colleges to spread the word about careers in architecture; design buildings that will have a positive, lasting impact; and, ultimately, change lives for the better.

“Teesside people are good, hardworking honest people, who have gone through hard times and deserve the best, so we want to do a good job for them,” says Simon. “If we can leave something of value behind, that’s far more satisfying and important than financial gain.”

Architects may come and architects may go, and never change your point of view…Contrary to that lyrical suggestion by Simon & Garfunkel, the team of architects working at Corstorphine & Wright are determined to change the perception of the Tees Valley in ways that will last for generations.