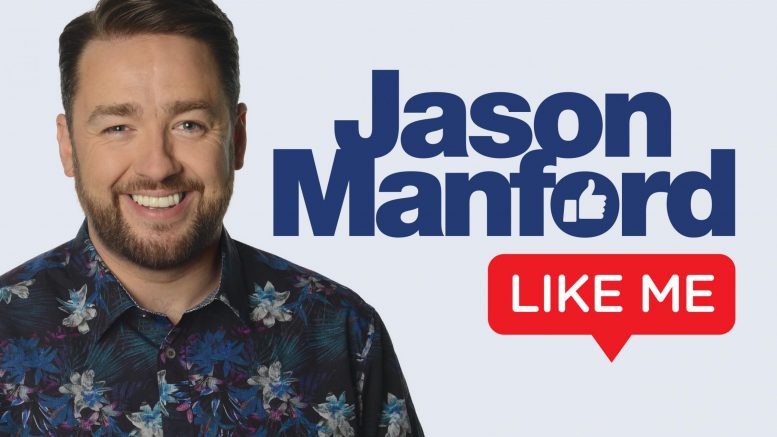 FOLLOWING two sell-out shows this December, top comedian Jason Manford will bring his brand-new stand-up show Like Me to York Barbican for a third performance on May 12 2022.

A Barbican spokesman said: “It’s been a busy few years for Jason since his last smash-hit stand up show but fans of his Absolute Radio show will know this nationally acclaimed comedian hasn’t changed a bit.”

Like Me is Jason’s latest comic offering he is taking to the road.

Jason said: “After the fun we had on my last tour Muddle Class, I’m excited to get back on the road with my new stand up show, Like Me. In these trying times, it’s always important to be able to get away for a couple of hours and exercise the old chuckle muscle! So I’m coming to a venue near you so we can have a good laugh together. See you then.”

Jason Manford has become a TV favourite over the years with appearances on 8 Out Of 10 Cats, Live At The Apollo, The Masked Singer and many more.

Tickets for Jason Manford: Like Me are available now at www.yorkbarbican.co.uk.