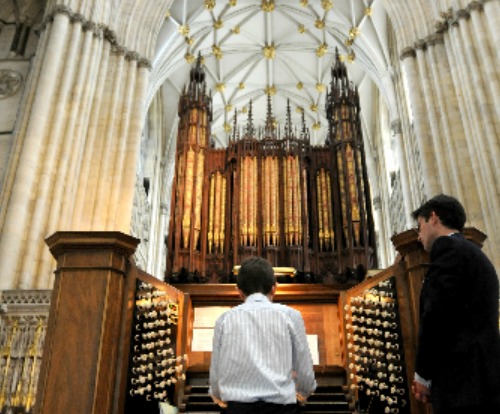 INTERNATIONALLY renowned musicians will take part in a special series of recitals at York Minster this summer to celebrate the return of the Grand Organ, following its £2 million, once-in-a-century refurbishment.

“York Minster’s own acclaimed musicians – Robert Sharpe, Director of Music, and Benjamin Morris, Assistant Director of Music, who are both experienced soloists performing in the UK and abroad – complete the line-up,” they said. “The inaugural recital series will take place on Thursday evenings from July 21 to August 18.”

They said the Grand Organ returned to use at the cathedral in March 2021 after its first refurbishment since 1903 but the inaugural recital series to celebrate its return was delayed to this summer because of the Covid pandemic.

“The recitals are part of a ‘Summer of Music’ at the cathedral which opens on Saturday June 4 with a Jubilee Gala Concert, followed by a spectacular Jazz Eucharist for St Peter’s Day, Wednesday June 29, and a celebratory Choral Evensong on Sunday July 10, marking 25 years of girl choristers at York Minster.