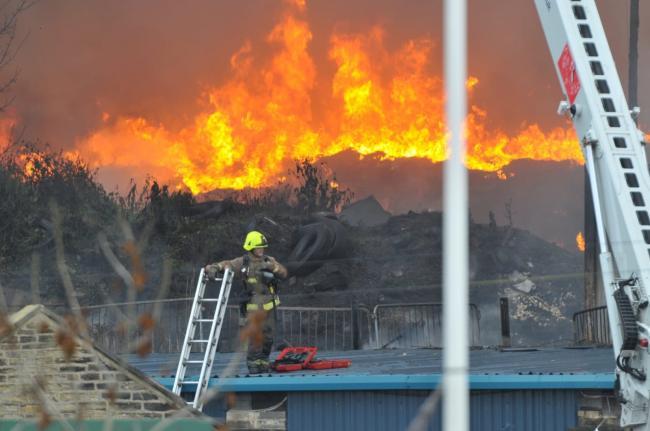 POLICE have arrested two people in North Yorkshire in connection with a huge scrap tyre fire in Bradford.

Early Monday morning, emergency services were called to reports of a large fire at a go-kart track, off Spring Mill Street, in the city.

Almost 100 firefighters and 15 fire engines rushed to the scene and tackled huge flames emanating from the mass of tyres.

Due to the size of the fire, a number of businesses and residents have had to evacuate the nearby area for their safety and a number of roads have been closed whilst firefighters tackle the fire.

They were both interviewed by police last night and have been released on bail, the force added.

West Yorkshire Police is continuing to support West Yorkshire Fire and Rescue Service and other partner agencies who remain at the scene of the fire.