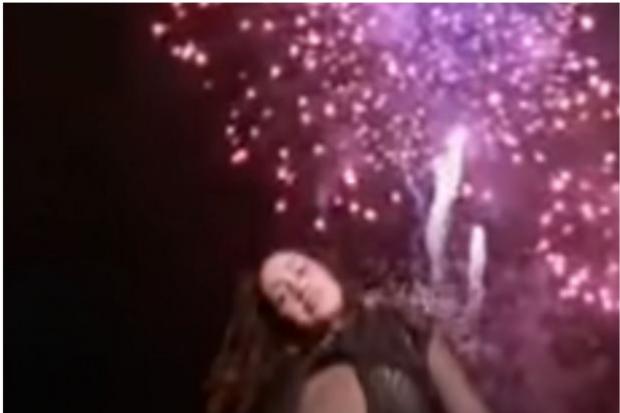 Readers remember the Bonfire Night fireworks of 1994 when pop stars N-Trance filmed their song Set You Free against the background of the York landmark – with rockets of colour exploding over their heads.

The song made it to number two in the UK charts the following year.

The single – which has become a dancefloor club classic – was shot mostly at night and shows the band dancing in the street and driving around in a white stretch limo.

Several readers shared their memories on The Press’s nostalgia page on Facebook, Why We Love York – Memories.

Matthew Lightfoot remembers fondly the fireworks nights at Clifford’s Tower, but especially that one 27 years ago.

He said: “The Minster FM stage bringing N-Trance to the party too; that was pretty epic back then.”

Geena Paula Lias agreed and posted: “Loved it. The atmosphere was amazing.

Especially loved it as a teenager and the time N-Trance filmed!”

Shane Southren also picked it out as a highlight while Glenn Fuller appeared to recall more details about the video. He said: “It was also filmed at a night club, and also filmed driving down the A64.”

Lynne Holden said listening to the song now, brought the memories back. She said: “Yes I remember that… even now when listening to N-Trance and the fireworks in the background… takes me back to those days.”

Besides the scenes in York, the music video was shot in various locations in County Durham and North Yorkshire.

You can watch the video here:

The video of Set You Free was later published on YouTube in June 2008 and has amassed almost 8 million views.

Do you rememberer the night N-Trance came to York? Share your memories with us in the comments below or in our Facebook group, click here to join Why We Love York – Memories.