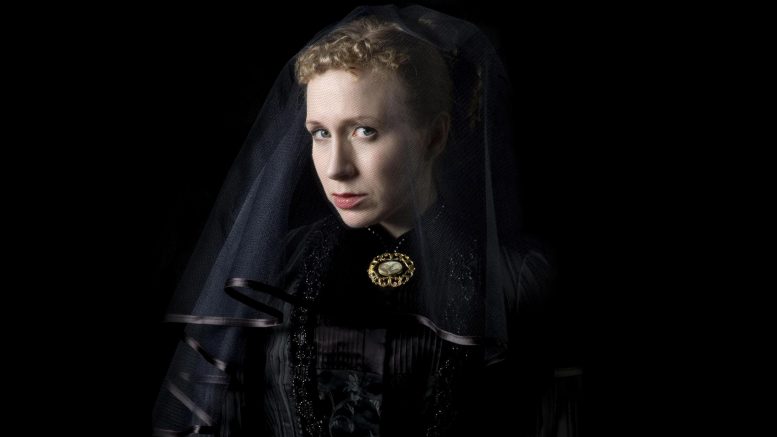 YORK Theatre Royal Studio will reopen this autumn after lockdown hibernation and temporary use for storage.

The capacity has been reduced from 100 to 71, a Covid-safety measure that means the theatre space will now be head-on only, with seating no longer on the sides.

First to bed into this configuration will be Leeds children’s theatre company Tutti Frutti with York playwright Mike Kenny’s adaptation of Hans Christian Andersen’s story The Princess And The Pea from October 21 to 26.

Imagine a place where what you see is not what it seems, with forgotten stories and forgotten things, say Tutti Frutti. Imagine princesses who don’t know they are princesses and a prince who doesn’t want to be king. Imagine a real prince, discovering a real princess, and a story that ends happily ever after.

Set in the Museum of Forgotten Things, three musical curators tell the amazing tale of the museum’s artefacts, most notably the mystery of a little green pea and how it ended up there.

Tutti Frutti promise an hour of humour, memorable songs and a romp through every type of princess you could imagine, with costumes to match.

“The audience will meet a demanding queen, an array of wannabe princesses and our main characters, an unknown girl, who is blown into the palace by a gust of wind, and an indecisive prince under pressure to find his real princess,” says Mike. “Will he ever find a real princess or his happy-ever-after?”

This show was first made by Tutti Frutti and York Theatre Royal in 2014 with an extensive tour and Christmas run at the Sheffield Crucible before playing to sell-out audiences in Hong Kong and Singapore in January 2015.

Now it returns in a new and updated adaptation by Kenny and the inventive Tutti Frutti in a funny, original, beautiful retelling suitable for children aged three upwards and their families. Evening performances will start at 6pm, complemented by Friday shows at 10am and 1pm, Saturday, 3pm, and Tuesday, 11am and 2pm.

In the dark between life and death, a haunted woman tells strange and terrifying tales; eerie stories, dusty and forgotten. Until now. “It’s the Hallowe’en season, so come along and be thrilled by three lost gothic spine-tinglers from the great Victorian female writers,” says Rebecca, who has appeared in such Dyad shows as Jane Eyre: An Autobiography, Christmas Gothic, I, Elizabeth and Austen’s Women.

Summoning the magic of the contraries, storytellers Jan Blake & Tuup will present Nightwalkers on October 30 at 7.45pm: a night of “disturbing, comedic and poignant tales of ghosts, duppies, jumbies, loogaroos, soucouyants and other supernatural beings that haunt the Caribbean and the Americas”.

Jan Blake, the queen of Afro-Caribbean storytelling, and TUUP it stands for The Unorthodox, Unprecedented Preacher will explore the sorcery, shape-shifting and deep magic that has endured to sustain some and punish others through thunderous storytelling designed to raise the roof as well as hairs on the back of the neck.

In Imagine If Theatre’s new production, My Old Man, on November 18 at 8pm, Michal Piwowarski’s whole world changes when his granddaughter Tasha finally moves out. The school dinner lady becomes his favourite person, a new neighbour moves onto the street and he has to face his biggest battle yet.

Imagine If Theatre allow people to “imagine if” within their own lives through their thought-provoking productions, creating theatre designed to be “inspiring, entertaining and unashamedly honest for intimate audiences”.

They create theatre shows based on the world around them, comprising real stories from real people, and in the case of the heartfelt and humorous My Old Man, that story revolves around the trials and tribulations of Micha, an old, blind Polish soldier.