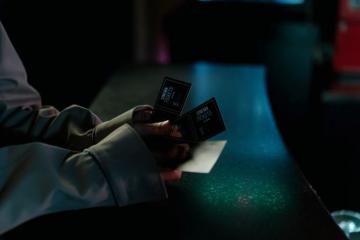 Fancy a trip to the cinema this weekend but don’t feel like splashing out? Well, depending on your name, you could get a free cinema ticket.

Showcase Cinemas is celebrating the release of the brand-new horror flick M3GAN by gifting a free cinema ticket to anyone named Megan on the film’s opening weekend.

How to get a free Showcase Cinema ticket

All you need to do to claim the free ticket is show a valid photo ID at the cinema box office. This could be a driving licence or passport.

The offer will be available to anyone named Megan, or a variation of, including Meghan, Meggan and Meg.

How to get a free cinema ticket this weekend (Image: Canva)

M3GAN stars Amie Donald as a lifelike AI doll named M3GAN. Designed by roboticist Gemma (Allison Williams), the doll is meant to be a child’s best friend. But after her niece, eight-year-old Cady (Violet McGraw), is orphaned after a car accident, Gemma entrusts her with a M3GAN prototype who soon takes on a life of her own, leading to unimaginable consequences.

Jon Dixon, UK Marketing Director at Showcase Cinemas said: “We’re really excited to be launching this exclusive giveaway to Megans nationwide. M3GAN has already soared its way to box office success in the US and now it’s the UK’s turn to experience this sci-fi smash hit.

“In honour of the creepy character, we wanted to give its namesake a reward, in the form of a free ticket. We can’t wait to for our guests to be on the edge of their seats as they enjoy this action-packed ride play out on the big screen!”