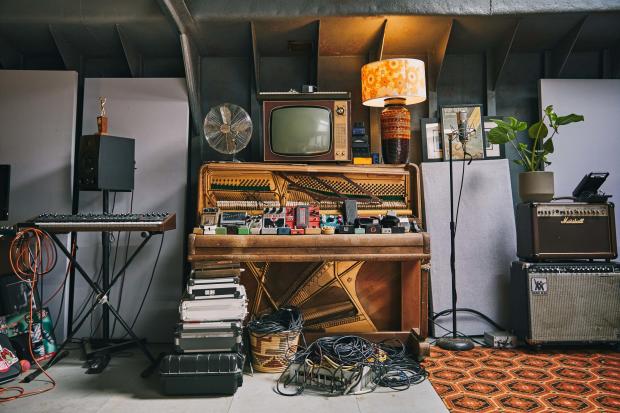 Young Thugs, which set up a Community Interest Company (CIC) during lockdown, wants to raise £25,000 to help it continue its work with marginalised people.

As previously reported in The Press, the organisation has been running a programme called Level, offering training and mentoring to women in music production.

Meanwhile work is nearing completion on a refurbishment of the Young Thugs studios at the South Bank Social Club.

During the upgrade, owner Jonny Hooker and his team have decamped to the Arts Barge – setting up a studio on the York riverside.

Jonny told The Press: “A number of artists have already recorded in the space and have been thrilled with the results, especially the atmosphere and the inspirational setting of the canal banks.”

He added: “It’s a great experience. There’s a real sense of surprise as they walk down the stairs for the first time. It’s a great sounding space and we’ve made some amazing records on it so far.

“We controlled the acoustics a little when we moved on to it but actually it’s a great sounding space, very alive and vibey.”

Jonny and his colleagues plan to return to dry land next month, when the new recording studios will be ready at South Bank. He said the investment in the development and refurbishment of the building would provide York and the North of England with one of the best studio environments in the country.

Young Thugs in its temporary home at York Arts Barge

Launching the Crowdfunder appeal, Jonny said: “Our programmes are oversubscribed and we want to take on as many young and marginalised people as we can. This is why we are appealing for support.

“We want to raise £25,000 to fund the expansion and development of the programmes, set within our new and inspirational creative hub.

“By donating through the Crowdfunding page, supporters will support us by providing the resources needed to help the people who are struggling or feel left out after the lockdowns and support local and regional marginalised groups by building pathways into education and employment.”

To find out more – or support Young Thugs – visit: www.crowdfunder.co.uk/ytsocial